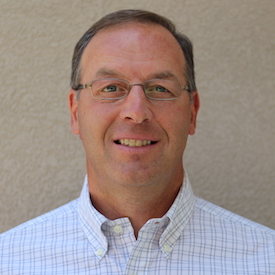 “Robert is a proven leader, with more than two decades of experience. His background includes leading major nordic brands as well as managing nordic skiing programs, including stints with U.S. Ski & Snowboard and Utah Olympic Park,” says Mike Adams, vice president of winter sports equipment at Amer Sports. “Robert’s track record is unrivaled. He brings a dynamic energy to Salomon in a new role that spans the continental markets, leading the commercial strategy in the Americas.”

During his three-year term with U.S. Ski & Snowboard, Lazzaroni played a key role in management of the 2017 FIS Nordic Junior World Championships in Utah and improved information sharing among the federation’s five regions, 100-plus clubs and 400-plus coaches. Lazzaroni previously served as nordic program manager at Utah Olympic Park, leading that organization to Club of the Year honors in 2015. A past member of the French ski team (1983-1988), competing in Nordic Combined, Lazzaroni filled a variety of roles in nordic product development, sales and marketing at The Rossignol Group between 1994 and 2011. He is also a former coach with the French ski federation and trustee of the National Ski Foundation. Lazzaroni holds a Master of Business Administration degree in International Business from the Ecole Supérieure des Affaires Grenoble.

In his new role, Lazzaroni will serve as the primary manager of Salomon’s nordic category in the Americas, working closely with sales, marketing, and commercial departments to implement commercial and financial goals. He will also serve as a key stakeholder in developing overall strategy with global brand management.

“With an athlete-driven product development process, best-in-class ski, boot, binding, pole program, and performance-focused value proposition, Salomon fills a unique position in the nordic market in North America,” says Lazzaroni. “Working closely with the U.S. and Canadian teams, we will seek opportunities for the brand to evolve its go-to-market experiences for consumers and wholesale partners.”

Lazzaroni lives in Park City, Utah, with his wife, Susan, and two daughters. In addition to his exploits on nordic, alpine and telemark skis, he is a mountain biker, road cyclist and hiker.

About Salomon: Born in the French Alps in 1947, Salomon is committed to pushing the boundaries of mountain sports through the creation of innovative equipment that allows people to play, progress and challenge themselves in their chosen outdoor sports. The company produces and sells premium footwear, winter sports and mountaineering equipment, hiking equipment, and apparel specifically designed for all of those disciplines. Products are developed in the company’s Annecy Design Center, where engineers, designers and athletes collaborate to create innovative solutions that continually improve the outdoor experiences of those who see nature as a vast playground. www.salomon.com