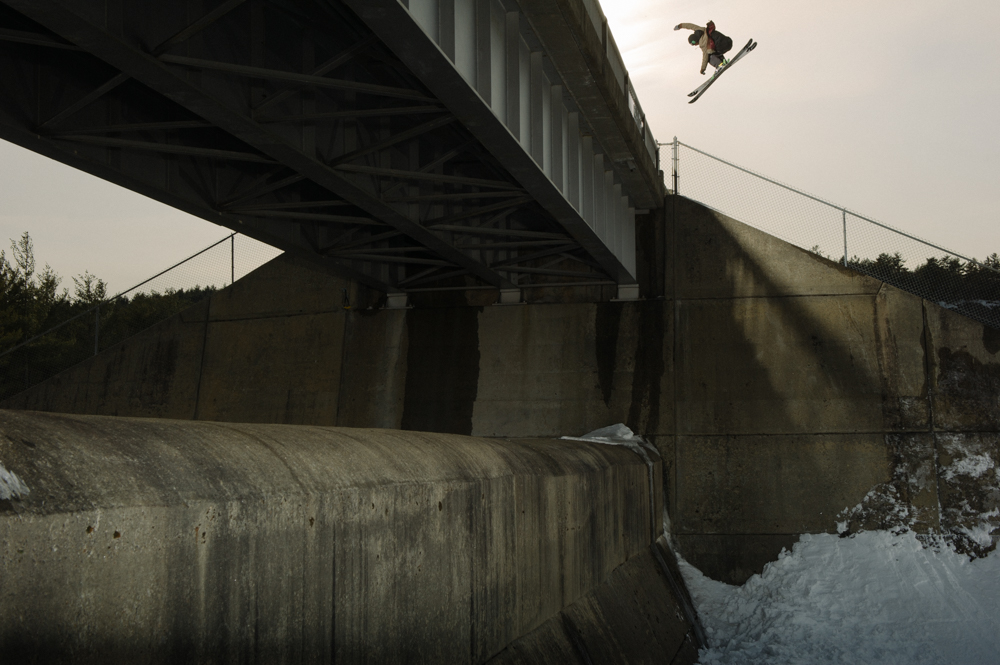 While most Massachusetts residents were digging out from the 68” of snow that fell in February of 2015, TGR Athletes and film crews where turning Boston into an urban terrain park. Skiers Clayton Vila and Cam Riley (Beverly Locals) were able to see the streets of Boston in a whole new light.

In order capture Boston skiing in a way never seen before, Todd Jones, TGR’s co-founder and Massachusetts local, used his twenty years behind the lens and a sophisticated piece of filming equipment—a gyro-stabilized system known as the GSS C520­—mounted to a helicopter and a car. The GSS system is the most advanced camera stabilizing platform in the world. To document this rare Boston skier’s playground, film crews and athletes worked through cold and snowy nights or in the pre-dawn light before businesses would open. In most cases, athletes used winch cables to generate enough speed to propel themselves off the city landscapes. Never before have Boston’s historic landmarks been captured in such a way. Highlight urban features that seen in the film include the Prudential Center, Charlestown, Alewife Station, Redville Station and Beacon Hill.

“TGR just wanted to do something special for a city we hold so highly in our hearts”, declares Jones. “I kept hearing about how taxing the snow was on people back in Boston. The incredible amounts of snow were causing people headaches, impacting their day to day life, people were fighting each other for parking spots. We wanted to create something that reminded people how fun snow is, create something positive out of the biggest winter ever in Boston. Every kid remembers the best days growing up were snow days. This segment is a reminder to enjoy what life throws at you.”

In addition to the exclusive footage being shown on The Boston Globe website, ticket holders at Fenway will experience the The Sammy C Project produced and directed by TGR.

The Sammy C Project showcases two years of unthinkable freestyle skiing in locations such as Mt. Hood, Alaska, Michigan’s Copper Peak and beyond. In the film, Carlson, an 8-time X Games medalist and three-time Real Ski Champion, hopes to inspire beyond the realm of snow sports, encouraging viewers to pursue their dreams with unwavering tenacity. thesammycproject.com.