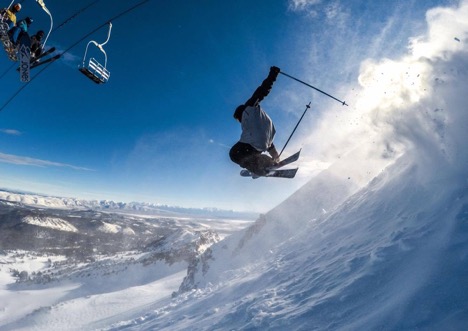 JACKSON, Wyo. (March 4, 2016) The annual contest held by Teton Gravity Research (TGR), a leading youth culture, adventure and action sports media brand, is opening for entry on March 7 for all skiers and snowboarders under the age of 18.

Groms 17 years of age or younger may submit up to one ski or snowboard edit for a chance to film with TGR during the 2016/2017 season and have an edit of their footage shown before the 2016 film tour. A weekly TGR Swag Pack will also be awarded to the top ski and snowboard edit submissions. The winner is chosen by a committee of TGR staff members based primarily on quality of action and level of riding.

“Not only is the contest a great way to connect with TGR’s younger fans and scout for motivated and skiers and riders,” says TGR’s CEO, filmer and co-founder, Todd Jones, “The Grom Contest is an outlet for us at Teton Gravity Research to open our doors through video to riders that might never have the chance to be discovered.”

The 2012 Grom Contest Winner, Sam Winship, encourages every interested Grom to submit their video. “Don’t be scared to enter just because you see kids entering who you think are better than you. Go skiing, film it, and share your personal style with TGR”, declares Winship. “I was standing in my kitchen when my mom said, ‘Sam, you have a phone call.’ It was Greg Epstein from TGR on the other end and he told me I won the Grom Contest. I will never forget that day. It shaped the rest of my life.”

The 2016 Grom Comp closes for submissions on April 8. ENTER NOW.