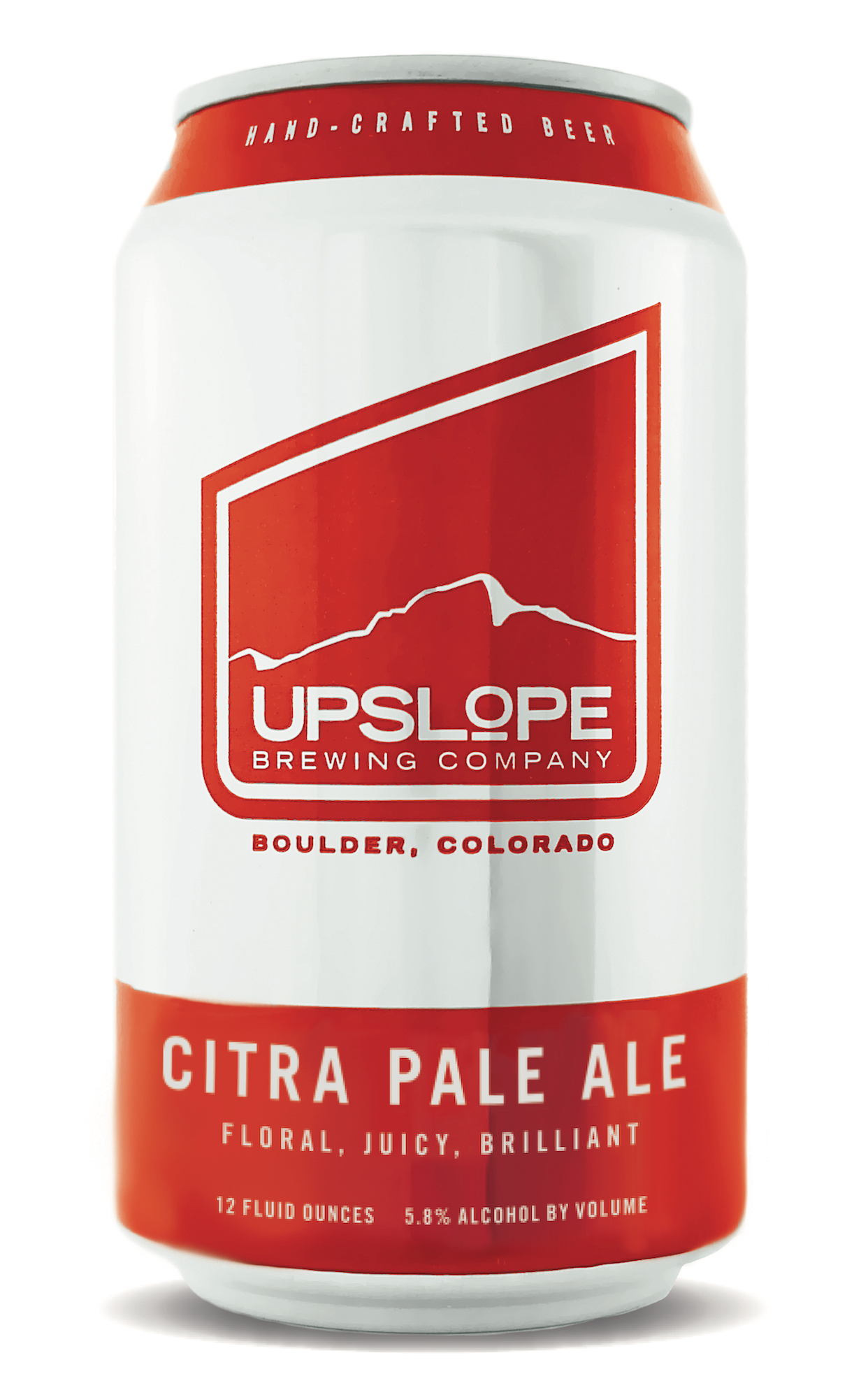 Boulder, Colo. (Jan 16, 2017) — Over eight years ago, Upslope Brewing introduced its first offering, Upslope Pale Ale, to the craft beer-loving community of Boulder, Colorado. Now, with two brewing facilities, Upslope continues to deliver its beers in cans to seven states while maintaining innovation and experimentation in its original location which has transformed into the essence of a brewer’s playground. This commitment to celebrating creativity and exploring new styles has led to the evolution of Upslope’s flagship brew. Officially beginning on February 1, 2017, Upslope Citra Pale Ale will replace the brewer’s original Pale Ale in its year-round lineup and will be available in 12-ounce six-packs, twelve-packs, Mix Boxes, and on draft.

For several years, Upslope brewers have worked on perfecting the Citra Pale Ale recipe and it has become an installment in the Upslope Tap Room Series as well as a tried-and-true favorite in its tap rooms. The proven popularity of the beer and the distinct juicy hop character delivered by the Citra hops led to this evolution and the beer ultimately finding its way into a can. The brewery is now canning and selling its new Citra Pale Ale across all Upslope distribution regions, including CO, NM, UT, AZ, TX, WY and MT.

“The decision to retire the one that started it all and introduce a new style to our lineup in its place comes from our dedication to experimentation and creativity,” says Upslope Founder, Matt Cutter. “This beer represents our best foot forward and the spirit of what happens when we continue to hone our craft, keep our sights on the future and listen to what our fans want.”

The Citra Pale Ale is an American style pale ale which prominently features Citra hops, delivering pungent grapefruit and tropical fruit aromas with a semi-dry finish. Juicy, floral notes imparted by the hops pair with the light malt character to balance it out. Like its predecessor, the Citra Pale Ale comes in at 5.8% ABV and will soon be the new “go-to” beer for your next adventure.

Fans looking to be the first to try the Citra Pale Ale in the new cans should attend the Sneak Preview Party on Wednesday, January 25 at 5:00 p.m. at Hops and Pie in Denver. In Boulder, the beer will be available on tap and in 12-ounce six packs to-go at Upslope’s Release Party at the Flatiron Park tap room on Thursday, January 26 from 5:00 – 9:00 p.m.

About Upslope Brewing Company
Boulder-based Upslope Brewing Company is the creator of premium ales and lagers that are artfully crafted using natural ingredients. Packaged in aluminum cans for exceptional portability and because it’s best for the environment, Upslope complements the outdoor lifestyle and caters to the on-the-go beer enthusiast. The five flagship beers include: Citra Pale Ale, India Pale Ale, Brown Ale, Craft Lager and Imperial India Pale Ale. Additional installments are offered in a Limited Release Series, the Lee Hill Series and the Tap Room Series. In an ongoing effort to protect watersheds nationwide, and the key ingredient in Upslope ales and lagers, one percent of Upslope Craft Lager can sales benefits local Trout Unlimited chapters in the state in which the beer is purchased. Learn more about Upslope at www.upslopebrewing.com.