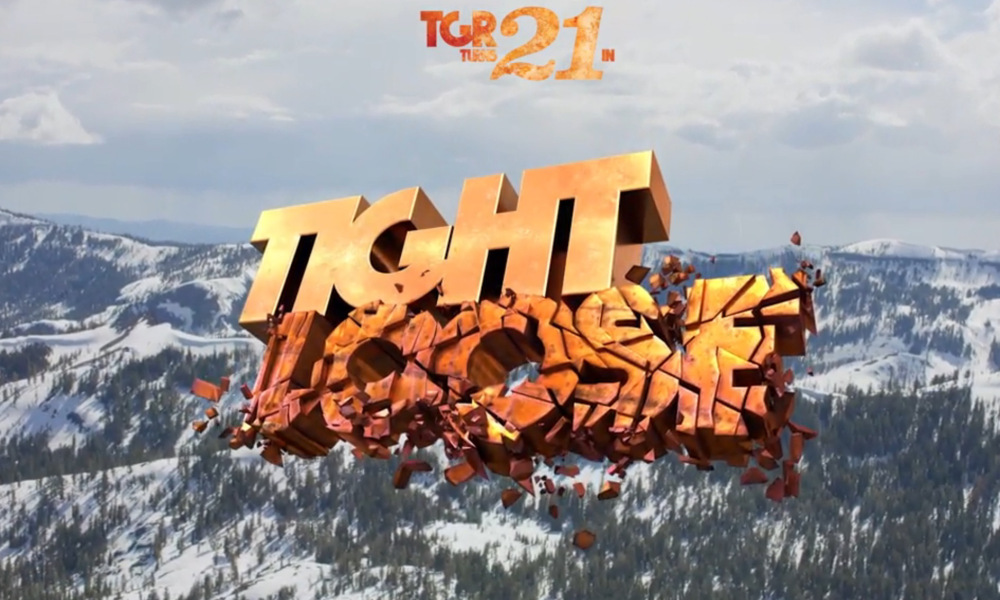 JACKSON, Wyo. (September 7, 2016) In mid-September, at the base of Wyoming’s legendary Jackson Hole Mountain Resort, Teton Gravity Research will premiere its new snow film, Tight Loose. The occasion celebrates not only the new film, but also the esteemed media house’s 21st year in business and its position as the global leader in youth-culture media.

In keeping with the 21st-birthday theme, TGR is dropping one short video per day for the 21 days leading up to the 9/17 premiere. Each video fêtes a significant time in the company’s history and together they represent 21 of TGR’s top moments.

The public is invited to Jackson Hole Mountain Resort on September 17, 2016 to experience the TGR 21st birthday celebration live at the premiere of Tight Loose. From India to Alaska, Tight Loose showcases unridden spine walls, massive airs, and full-throttle riding in the wildest and most spectacular places on earth—plus a massive group shred of Squaw Valley’s Palisades by 21 years of TGR athletes reunited.

“Tight Loose marks the beginning of a production year involving some of the most significant undertakings in our history,” says TGR’s CEO, Todd Jones. “This movie is not just a huge celebration for us—it kicks off a year for the record books. Twenty was big, but you always remember your twenty-first birthday.”

Following the September 17 world premiere in Jackson will be a worldwide live-event tour throughout the winter of 2016/2017.

About Teton Gravity Research: TGR is the leading brand in adventure, action-sports, and youth-culture media. TGR’s world-class storytelling has captivated audiences for 21 years. With a global, multi-channel footprint, a thriving millennial audience, award-winning multimedia film projects, a rapidly growing experiential platform, and unprecedented viral content, Teton Gravity Research is one of the fastest growing media brands on the planet. TGR is a proud member of Protect Our Winters, 1% For The Planet, BICEP, Surfrider Foundation and IMBA. For more information on TGR, visit TetonGravity.com.