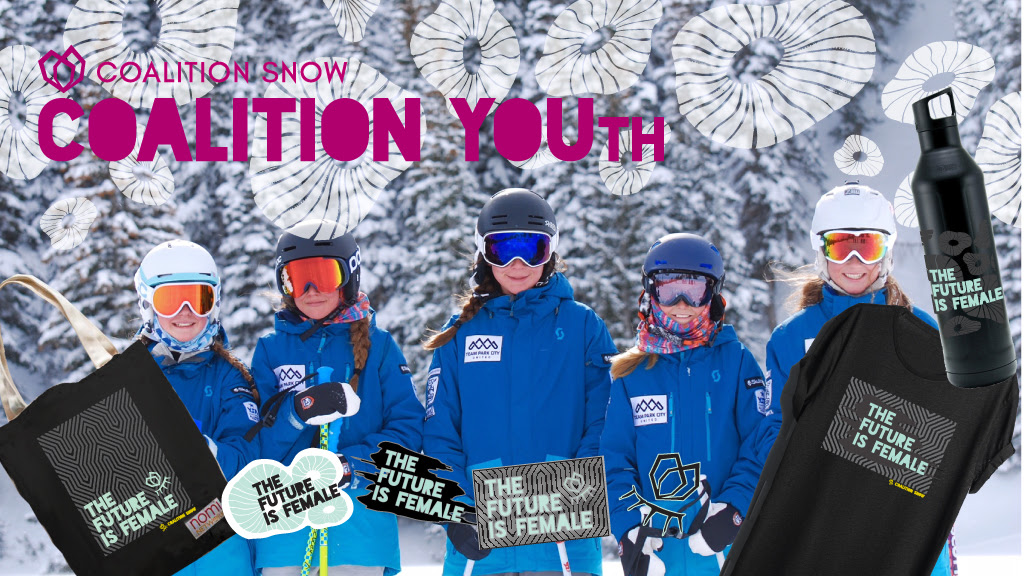 Shining the spotlight on those who know that doing anything “like a girl” isn’t an insult— our new YOUth line is designed to get the next generation on skis and snowboards, writing their stories.

“We’ve been listening to women of all ages tell us what inspires them to get out on the snow. What we’ve heard has been consistent: our time in the mountains boosts our confidence, builds community, and imprints life-long values. And we all know how important it is to experience these moments early on in life because they help to define who we are today,”  says Jen Gurecki, co-founder and CEO Coalition Snow. “That’s why we’re launching a line of skis and snowboards designed for the next generation of women leading the charge.”

Using the highest quality materials in their YOUth line, which isn’t standard in the industry, Coalition Snow is giving the next generation of shredders the tools they need to have fun on the slopes and to prove that to ski and ride like a girl is a very good thing.

But this isn’t just about planks of wood. It’s about showing girls that they can be anything they want to be. It’s not about competition, it’s about collaboration. Coalition Snow is sending a message to young women that it’s not about keeping up or going bigger, it’s about finding joy in every turn, creating your own rules, and claiming skiing and snowboarding as your own sport.

This Kickstarter campaign will not only help fund production of YOUth line of skis and snowboards, it will help build the foundation for a community that spreads confidence and inclusivity to future generations of skiers and riders.

Supporters will also have access to exclusive perks including the opportunity to name the ski or snowboard line after your favorite young ripper.

More details on the campaign and the YOUth line of skis and snowboards can be found a http://bit.ly/cskick.

Coalition Snow started with a team of women from Lake Tahoe who knew we couldn’t sit around and wait for someone else to design the equipment that would help us push our limits, master our skills, and feel confident and alive on the mountain. So we took things into our own hands and launched the world’s first company specializing in performance skis and snowboards designed by women, for women. www.coalitionsnow.com